Genealogy databases have become popular tools for law enforcement. GED Match is one of those databases. It allows users to upload DNA profiles from various testing services, such as 23andMe. On July 19, hackers accessed this database and allowed police to search profiles that were not previously accessible. 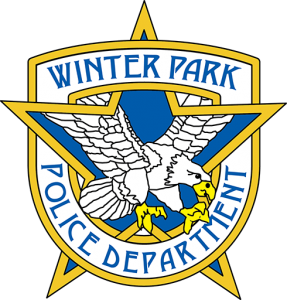 The Winter Park Police Department, one of just a few agencies in Central Florida that didn’t use body-worn cameras, quietly ordered six officers to begin wearing them last week, just 12 days after the death of George Floyd intensified national scrutiny on police practices.

Chief Michael Deal said the death of the Minneapolis man in police custody caught on a bystander’s video prompted him to accelerate putting the body cameras out in the field.

IBM is getting out of the facial recognition business, saying it’s concerned about how the technology can be used for mass surveillance and racial profiling.

Ongoing protests responding to the death of George Floyd have sparked a broader reckoning over racial injustice and a closer look at the use of police technology to track demonstrators and monitor American neighborhoods. 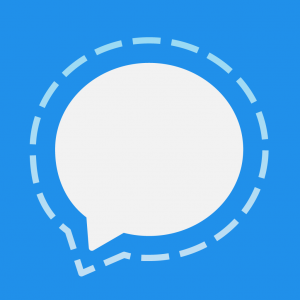 The Trump administration has revived the debate over “end-to-end encryption” — systems so secure that the tech companies themselves aren’t able to read the messages, even when police present them with a warrant.

“It is hard to overstate how perilous this is,” U.S. Attorney General William Barr said in a speech last fall. “By enabling dangerous criminals to cloak their communications and activities behind an essentially impenetrable digital shield, the deployment of warrant-proof encryption is already imposing huge costs on society.” 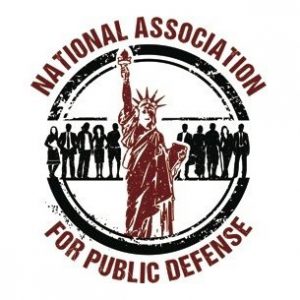 Historical Cell Site Information cannot tell you where a client was at the time a crime was committed. Historical Cell Site Information is maintained by Cell Phone Companies for use in determining whether they have adequate cell phone “towers” to handle the potential usage by subscribers in a particular area. It was never designed to track or pinpoint a location from which a particular call was made. However, prosecutors are using Historical Cell Site information to create maps with the purpose of claiming a Defendant was located within a relatively close area to the crime scene or to refute an alibi. A Cell phone’s particular location can be tracked and pinpointed, but not through the use of Historical Cell Site data. We will discuss strategies for challenging the admissibility, the scope, and the weight of the prosecution’s proffered testimony regarding Historical cell site data. Attendees will learn the importance of challenging the proffered testimony under either Frye or Daubert. We will also discuss how cell phones “connect” to towers, which will be helpful in limit the weight given the Prosecution’s expert when she tries to claim the Defendant was in a general area at the time of the alleged crime. 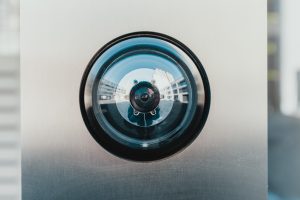 A woman accused of stealing two grills from a Clermont hardware store was caught through facial recognition programs that analyzed security footage from a bulletin posted on social media, according to an arrest report.

A new facial recognition program being tested in Tampa along with a program used by the Seminole County Sheriff’s Office led to the arrest Thursday of Heather Renee Reynolds, 31, of Apopka, the report said. 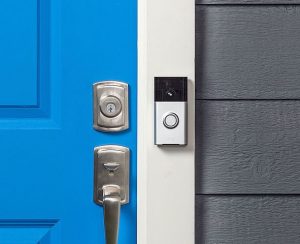 Police officers who download videos captured by homeowners’ Ring doorbell cameras can keep them forever and share them with whomever they’d like without providing evidence of a crime, the Amazon-owned firm told a lawmaker this month.

More than 600 police forces across the country have entered into partnerships with the camera giant, allowing them to quickly request and download video recorded by Ring’s motion-detecting, Internet-connected cameras inside and around Americans’ homes.

As Tony Aiello entered his nineties, he had false teeth, an artificial hip, and an artificial knee. He gripped a walker to hoist himself out of bed. Stiff in the back, he had contraptions to help him pull on his pants and socks, along with a shoehorn to slide his feet into velcro-strapped shoes. He had hearing aids and a pacemaker with a defibrillator for his triple-bypassed heart. He would read recipes in the living room and forget the ingredients by the time he reached the kitchen. Arthritis stiffened the fingers that had served him for decades as a deli butcher, so he cut food with scissors. He took blood thinners for his congestive heart failure. The slightest nick while pruning trees in the yard would make him bleed until his wife, Adele, would, as he put it, “patch me up.” After losing an inch or so to age, Tony stood 4’11”.

Still, Tony would brag, “Nobody believes that I’m 90.” He could do anything—“a little slower.” Perhaps that was just Tony being Tony. People who’d known him for decades said he’d always had “little man syndrome.” But maybe there was something to the bravado. Neighbors said that not so long ago, Tony seemed hale—a stocky figure walking down the sidewalk in a tank top, like a pint-size, sure-stepping Marlon Brando. He was gutsy too: When he was about 80, he met Adele Navarra while they were in line at the Save Mart meat counter and asked her to coffee the same night. He bought two dozen roses for the occasion.

Today’s criminal defense bar is facing ever-increasing challenges when protecting their clients from law enforcement searches, unreliable information and prejudicial evidence. This program will arm you with the tools necessary to combat these  intrusions and prosecutorial overreach, and equip you with effective strategies to suppress them whether on 4th and 5th Amendment grounds or by other pretrial motions.

Our nationally recognized faculty of experts and leading litigators will address the latest challenges and tactics to effectively suppress and preclude use of the prosecution’s evidence.  You will acquire the skills necessary to suppress searches whether they arise from the increasing intrusions into our privacy as technology advances or old fashioned methods such as racial profiling, canine sniffs or knock and talks.   Learn the latest techniques to suppress eyewitness identification and statements obtained in violation of your client’s Miranda rights.  We’ll also cover creative motions to file, to preclude the admission of prejudicial evidence, inadmissible hearsay violating the right to confrontation and Daubert challenges to unvalidated forensic science and so-called prosecution experts. Most importantly, you will be provided with the strategic tools and arguments to protect your clients from a large variety of law enforcement and prosecution abuse.

There’s no time like the middle of winter to join your NACDL colleagues in sunny San Diego for this essential program to prepare yourself for future litigation. 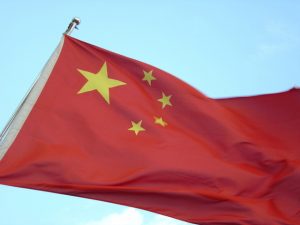 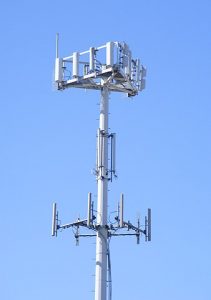 About the Webinar:    At the end of this one (1) hour training, the Public Defender will know the importance of cell tower evidence and how to utilize the data to better defend their clients. 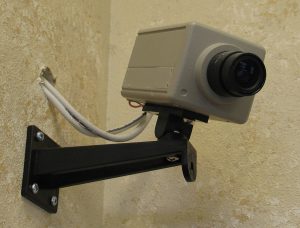 After more than a year of testing Amazon’s high-tech facial recognition software, the city of Orlando announced Thursday it will not continue the program, citing a lack of resources needed to continue testing, a memo sent to city council members Thursday shows.

The letter, sent from Orlando’s Chief Administrative Officer Kevin Edmonds, police Chief Orlando Rolón and Chief Information Officer Rosa Akhtarkhavari, said the city is ending use the Amazon’s face-matching software, Rekognition, because it “was not able to dedicate the resources to the pilot to enable us to make any noticeable progress toward completing the needed configuration and testing.”

These conferences will feature nationally recognized faculty in a mix of plenary sessions, simultaneous sessions and small group breakouts.  Participants will have the opportunity to choose sessions to best fit their individual needs.  There will also be networking opportunities to create relationships to sustain the support provided during the live event.
Co-hosted by the Washington Defender Association, the Innocence Project Northwest and the University of Washington School of Law. 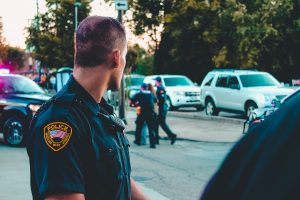 Immigration and Customs Enforcement and the FBI are among 17 federal agencies that have access to every Florida driver’s license through a massive facial recognition network, records obtained by the Orlando Sentinel show.

The network, called Face Analysis Comparison & Examination System (FACES), is maintained by the Pinellas County Sheriff’s Office and accessed by 273 “partner agencies,” including Customs and Border Protection and the IRS, as part of an exhaustive push from police agencies to use facial recognition as a law-enforcement tool. 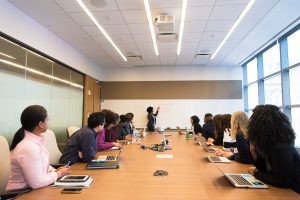 The largest manufacturer of police body cameras is rejecting the possibility of selling facial recognition technology – at least, for now. 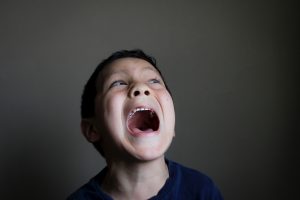 Ariella Russcol specializes in drama at the Frank Sinatra School of the Arts in Queens, New York, and the senior’s performance on this April afternoon didn’t disappoint. While the library is normally the quietest room in the school, her ear-piercing screams sounded more like a horror movie than study hall. But they weren’t enough to set off a small microphone in the ceiling that was supposed to detect aggression.

Description: Most attorneys are not aware of how digital artifacts can play a critical role in their cases, as digital forensics dives much deeper than litigation support and electronic discovery. This 1 HR talk will give attendees a better understanding about how digital artifacts are used to tell a story in litigation and criminal cases.
Instructors of this course are seasoned digital forensics experts who have testified in state and federal courts and worked hundreds of cases. Upon completion, attendees will be prepared to contact a digital forensics expert, know the answers to some of the most commonly asked questions, and have an expanded perspective for how digital analysis can affect their cases.

To Register visit the OCBA Store by Clicking Here

If you have any questions or need help registering, please contact Ashley Norris at ashleyn@ocbanet.org or 407-422-4551 ext. 233.