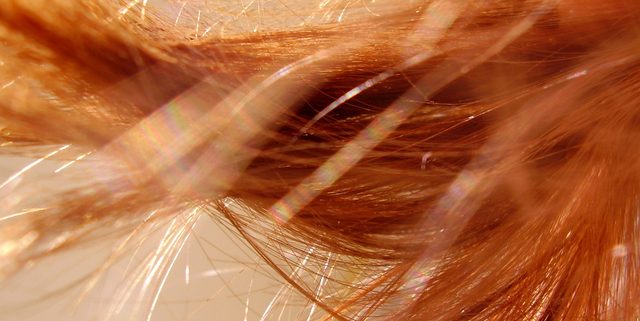 Toxicological hair analysis allows for the evaluation of drug abuse, and can be used for chronic or single dose drug use. Hair samples may be collected non-invasively, and may easily be stored. Drugs are incorporated into hair, and after incorporation are no longer metabolized, leading to a large window of detection in hair samples. Drugs are incorporated into hair by passive diffusion, entering the hair from blood, sweat, and sebum. Drugs may also be deposited onto hair by environmental contamination. Factors that may affect the incorporation of a drug into hair include: melanin content and color, ethnicity, growth rate, and the lipophilicity and basicity of the drug itself. Additional factors which may affect the drug deposition are washing of the hair and hair care products. This study had two main goals: 1) to validate an analytical method for cocaine, cannabinoid, and opiate detection and quantification 2) to compare the levels of drugs found in hairs collected from different anatomical areas, e.g. head, pubic, axillary (underarm).

A total of 481 samples were collected from 231 drug abusers: 199 head hairs, 108 pubic hairs, 91 axillary hairs, 72 chest hairs, and 11 hairs collected from other areas, e.g. beard. Samples were washed prior to extraction to avoid contamination from the environment. Washing consisted of two 10 min immersions in 10 mL of ultrapure water, followed by two rapid immersions in 5 mL of methanol. The methanol from the second immersion was saved, concentrated to 0.2 mL, and analyzed to determine if any target compounds were present. After washing, samples were dried at 50˚C, then cut into segments, a few mm in length. For extraction, a portion of sample was weighed and placed in a glass tube with 2 mL methanol and an internal standard of 200 ng imipramine-d3. The tube was vortex mixed for 30 s, then placed in an ultrasonic bath for 3 h. Next, the sample was centrifuged for 5 min at 4,000 rpm and the methanol was transferred to a new vial. The procedure was then repeated with the hair that remained in the first vial. The total extract was filtered, then evaporated until dry, and reconstituted in 200 μL of methanol, which was subsequently analyzed.

A stock solution containing all target compounds at 10,000 ng/mL was prepared and used to create dilutions of 0, 5, 10, 25, 50, 100, 250, 500, and 1,000 ng/mL. Samples were analyzed and the retention time of each compound and the internal standard was recorded for reference. Spiked hair samples and quality control (QC) samples were analyzed in every analytical batch. Blank hair samples were spiked with a known concentration of drug and extracted. Spiked sample concentrations were 0, 0.05, 0.1, 0.25, 0.5, 1, 2, and 4 ng/mg. For QC samples, blank hair samples were placed in a 1,000 ng/mL solution containing all target compounds for 24 h, rinsed, and dried at 50˚C.

Samples were analyzed by both gas chromatography – mass spectrometry (GC-MS) and liquid chromatography – mass spectrometry (LC-MS). Opiates and cocaine, i.e. the basic drugs, were qualitatively and quantitatively identified via LC-MS, whereas cannabinoids were qualitatively and quantitatively identified by GC-MS. Full parameters for each instrument can be found within the study. One target ion was selected for quantification of the analyte, while another ion served as the qualifying ion for identification. The analytical methods were validated for each compound based on linearity, inter- and intra-day precision (i.e. between days and within days), accuracy, limits of detection (LOD) and limits of quantification (LOQ), ion suppression, and specificity.
Linearity of the calibration curve, i.e. R2 value, was determined to be 0.99 or greater for all analytes, which means that the instrument is accurately recording the concentration of the drug in the sample. LOD and LOQ were calculated for each analyte and are given in Table II within the study. LOD was defined as the lowest concentration that would yield a peak with a signal to noise ratio >3. LOQ was defined as the lowest concentration that would yield a signal to noise ratio >10. Recoveries of the methods were calculated at six concentrations: 0.05, 0.1, 0.25, 0.5, 1, and 2 for opiates and cocaine, and 0.05, 0.1, 0.2, 0.3, 0.4, and 0.6 for cannabinoids. For basic drugs, the lowest average recovery was observed for codeine, with a recovery of 83.5 ± 7.0%, and the highest recovery was for 6-monoacetylmorphiine (MAM) at 93.7 ± 11.4%. Regarding cannabinoids, the lowest recovery was for cannabinol at 70.1 ± 23.3%, and the highest recovery was observed for Δ9-tetrahydrocannabinol (THC) at 86.7 ± 14.9%.

Accuracy was also calculated and values are given in Tables III and IV within the study. An average accuracy of 91.5 ± 8.5% for benzoylecgonine to 99.4 ± 12.8% for cocaine was observed for basic drugs. Cannabinoids ranged from 105.0 ± 10.5% for cannabidiol to 106.6 ± 12.5% for THC. Ion suppression was also evaluated. Ion suppression is the decreased response of signal for a peak, possibly due to matrix effects. To test for ion suppression, spiked samples and extracted hair samples spiked after extraction were analyzed. Ion suppression was given as a percent decrease in the signal of the system, i.e. peak response. Ion suppression was observed for heroin (5.6%), cocaine (10.8%), MAM (19.1%), and benzoylecgonine (20.1%). Specificity of the method was also tested by analysis of hair samples spiked with other compounds that may appear in hair samples (e.g. nicotine, ephedrine, ketamine, and more). No interfering peaks were observed, and the techniques were considered to be specific to the compounds analyzed.

Extraction efficiency was considered and evaluated. The hairs were extracted as described, then subjected to subsequent repeated extractions, for a total of 12 hours per sample, with analysis at each 3 hour mark. At the 6 hour mark, i.e. the extraction procedure employed in the study, extraction recoveries were 88.8 ± 5.3% for cocaine, 91.2 ± 8.6% for benzoylecgonine, and 95.6 ± 5.2% for opiates. The extraction recoveries of cannabinoids were not reported.

Analysis of drugs in hair was given as total levels of opiates, cannabinoids, and cocaine. Total opiates included morphine, codeine, MAM and heroin. Total cannabinoids included cannabidiol, cannabinol, and THC. Total cocaine consisted of cocaine and benzoylecgonine. Table VI within the study provides the frequency of positive detection, as a percentage, as well as the average drug concentration for each individual drug and summed drug category. Overall, higher frequencies of positive samples for opiates were observed in head hairs at 46.7%, followed by pubic hairs at 45.4%, when compared to hairs from other sources. Cocaine, however, had higher frequency in axillary, pubic, and chest hair, ranging 73.6-80.5% compared to head hair, which was detected at a frequency of 68.8%. Similarly, for cannabinoids, pubic, axillary, and chest samples provided higher frequencies of detection at 63.3%, 61.3%, and 58.5%, respectively, when compared to head hair samples, with a frequency of 47.6%. Regarding total opiate levels, i.e. drug concentration, highest levels were observed in pubic hair followed by head hair. Total cocaine levels were highest in axillary samples, followed by head hair samples. Head hair provided the highest concentration of total cannabinoids, followed by pubic hair.

Hair samples may be collected from various anatomical sites, therefore the effect of the anatomical site on the level of drug observed must be evaluated.

Sampling site may affect the concentration of a drug observed during LC-MS or GC-MS analysis.

Orlando Pulls the Plug on Its Amazon Facial Recognition Program – The...
Scroll to top