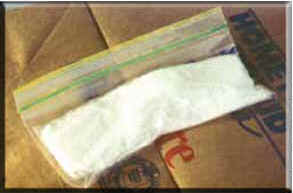 Summary
Gamma-hydroxybutyric acid (GHB) is a controlled substance with psychoactive properties. The drug is used as a recreational “club drug” as well as in drug-facilitated sexual assaults (DFSA). The quantification of GHB in suspected DFSA cases or in post-mortem determination of a suspected GHB overdose is of particular interest in forensic toxicology. The authors of this study sought to provide a method for GHB quantification in blood, which may be applied to blood drawn from a living person or to a sample obtained post-mortem.

Gas chromatography with tandem mass spectrometry (GC-MS/MS) was used in this study. Gas chromatography separates samples in the gaseous phase to analysis by MS. The sample is injected and heated in the injection port to turn the liquid sample into a vapor; the vapor is under high pressure, which forces the sample through the stationary phase, i.e. column. The column is a long tube-like component that helps to separate the analytes within a sample based on the molecule’s weight and size. After separation, the analytes elute from, or exit, the column and go to the mass analyzer, where the molecular weight (i.e. molecular mass) can be determined from the resulting mass spectrum. Separation within the column leads to analytes eluting at different times, called retention times. Retention times are characteristic of compounds, and can help to identify which compound is present. The identification is further determined by the mass spectra obtained from the mass analyzer. This system utilized a triple quarupole MS for the MS/MS portion. The triple quadropole MS system utilizes three quadropole mass spectrometers, as seen in the figure below. The first quadrupole can be used to select and filter one analyte out of a mixture. The second quadrupole is used to induce fragmentation prior to reaching the third quadrupole. The third and last quadrupole is used to identify the molecular weight of all of the fragments so that the analyst identify the chemical structure of the initial analyte.

Standards of pure GHB and a deuterated GHB internal standard, GHB-D6, were obtained for use in this study. Deuterated GHB has an extra proton more than regular GHB. A series of dilutions of GHB in methanol were prepared: 0.1, 1, 2, 5, 10, 20, 50, and 100 mg/L. Each solution contained 10 mg/L of the deuterated internal standard. These solutions were then used to create a calibration curve by GC-MS/MS analysis. The creation of a calibration curve allowed for the later quantification of GHB in blood samples.

Methanol/GHB solutions were used for method validation. The authors cite potential issues with using whole blood for method validation. The primary issue cited was the potential for interference from each sample in GHB quantification. Since GHB also occurs naturally in the human body, the spiked sample’s real concentration may not correspond with the concentration that is expected due to spiking. The authors also cited other similar studies that have followed methanol validation procedures. Methanol/GHB samples were extracted by the same protocol that was later used for whole blood samples. A 100 μL sample was taken, 10 μL of the internal standard was added, and 200 μL of methanol was added. The sample was then vortex mixed, agitated for 15 minutes in a roller mixer, and centrifuged for 30 min to separate the layers within the sample. The methanol portion was then removed to a new vial and dried under nitrogen. After drying, 50 μL of a solution of N,O-bis(trimethylsilyl) trifluoroacetamide (BSTFA) and 1% trimethylchlorosilane (TMCS) was added to the vial. The vial was then allowed to derivatize for 30 min at 65 ˚C prior to analysis. Derivatization is required for many drug samples prior to analysis so that they can be measured accurately in the instrument. During analysis, selected precursor and product ions were monitored for GHB and for the internal standard. The retention times and mass spectra were used to identify each component, while peak area was used in the quantification process, as seen in figure 2.

Limit of detection, limit of quantitation, extraction recovery, inter- and intra-day precision, and method specificity were examined during method validation studies. In specificity studies, no false negatives were noted. The lower limit of quantification and limit of detection were both determined to be 0.1 mg/L. Extraction recovery was calculated to be 86% GHB recovered. Inter- and intra-day precision were found to be acceptable, with variations determined to be statistically insignificant.

Whole blood samples were then prepared for quantification. Samples were collected post-mortem from 37 individuals with various causes of death. Immediately after collection, samples were frozen to prevent any changes in GHB concentration. Each sample was then processed according to the above described protocol and analyzed. GHB was successfully quantified in all samples, and in some cases additional substances were identified but not quantified in the sample. However, these additional substances were not within the scope of this study, and are simply summarized in Table 2 within the study. Additionally, although GHB was quantified in each sample, the authors note that the values were all below the suggested cutoff value of 30 mg/L defined in other studies. Therefore, the authors suggest that alternative samples such as hair should be considered in determining whether GHB played a role in the cause of death.

GHB is a controlled substance used in drug-facilitated sexual assault as well as for recreational purposes, and in cases of overdose may lead to death. In cases of suspected DFSA or in determination of cause of death, quantification of GHB in whole blood samples is required to determine whether the levels of GHB in blood are above naturally occurring levels.

Can Liver Failure Be Mistaken for Intoxication?
Scroll to top