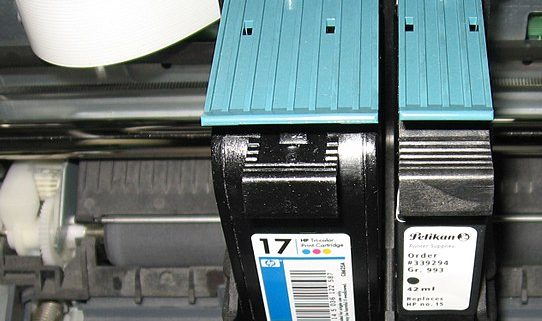 Summary
Analysis of printing inks may be used in forensic document examination to discriminate between inks of a different printing source or to associate documents from the same source. Printing inks may be analyzed by their organic and inorganic components. Inorganic analysis of printing inks is not as common as organic analysis; however, the inorganic components of an ink may provide valuable characterizing and discriminatory information. The main purpose of this study was to characterize the inorganic profiles of printing inks using a tandem Laser Induced Breakdown Spectroscopy and Laser Ablation Inductively Coupled Plasma Mass Spectrometry (LIBS-LA-ICP-MS) approach.

A tandem LIBS-LA-ICP-MS approach combines the advantages of each technique to produce one comprehensive means of analysis. This tandem approach allows for rapid screening of elemental profiles by LIBS and confirmation of the elements by LA-ICP-MS, simultaneously. Due to spectral interferences, some elements are difficult to detect by LA-ICP-MS, such as sulfur (S), calcium (Ca), iron (Fe), potassium (K), and halogens, e.g. chlorine (Cl). However, these elements are easily identified without interference by LIBS. Detection limits for LIBS may make trace concentration detection (i.e. less than 10 ppm) difficult; however, LA-ICP-MS is much more sensitive than LIBS and allows for detection of elements in sub-ppm concentrations. Isotopes of elements are difficult to detect by conventional LIBS, whereas LA-ICP-MS can identify isotopes clearly. Isotopes are a form of the element that contains the same number of protons but a different number of neutrons, and therefore has a different atomic mass. By combining LIBS and LA-ICP-MS into a tandem technique, an analyst may reliably detect most elements present in a sample. Figure 1 within the study displays the setup of a tandem LIBS-LA-ICP-MS.

A standard solution of 10,000 ppm was prepared containing aluminum (Al), Ca, chromium (Cr), cobalt (Co), copper (Cu), Fe, lead (Pb), lithium (Li), magnesium (Mg), manganese (Mn), nickel (Ni), K, strontium (Sr), and zinc (Zn). The solution was diluted to concentrations ranging 100 – 10,000 ppm and 1 μL of each dilution was spiked onto a paper and allowed to dry. The spiked samples were used to evaluate the performance of the technique, optimize the method, and to construct calibration curves for the calculation of limit of detection (LOD) for each element. Printing ink samples were directly printed onto paper as either a word document or a printer test page. For inks for which no printer was available, the ink was manually deposited onto paper. For manually deposited inkjet inks, 5 μL of ink was spotted onto the paper and allowed to dry. Toners were manually deposited by depositing a small amount of toner powder on the paper and rolling the powder while melting at 140-180˚C to create a smooth and uniform layer. Intaglio inks were cut from bank notes and analyzed without any sample preparation. Offset printing inks were collected as printed inks (3), from Lincoln visas (2), or as a paste (7). Paste samples were mixed, then deposited onto paper and allowed to dry before analysis. The complete sample set contained 9 black toners originating from 4 brands, 10 inkjet inks of 4 different colors from 6 different brands, 12 offset ink samples, and 12 intaglio ink samples.

LIBS and LA-ICP-MS operate based on different principles, and are therefore optimized differently. Thus, in tandem mode, a compromise must be made to develop a method that works for both systems. Due to differences in the inks, each ink was separately optimized by this technique. Signal intensity, signal to noise ratio, precision, and paper contribution to the signal were the main parameters by which the method was optimized. Laser energy was varied from 10-80% to determine the energy that would yield the highest signal with minimal damage to the paper. Laser energies selected were 40% for inkjets, 70% for toners, and 20% for intaglio and offset inks. A laser spot size of 200 μm was used for all experiments; a smaller size (100 μm) produced too much damage to the paper. For the LIBS portion, argon provided the best signal intensity and signal to noise ratio. Argon was the ambient gas for LIBS, as well as the carrier gas for LA-ICP-MS. Other parameters optimized included gate delay, argon flow rate, laser frequency, and more. The parameters optimized are described in detail in section 3.1 of the study.

Mass spectra were collected for a range of mass-to-charge ratios ( m/z), 6 – 238, with the exception of certain isotopes (described in section 3.1.1) which were not detected to avoid detector saturation. Data was normalized by dividing the intensity of each point by the summed intensity of the spectra, which improved precision between replicates. A threshold of a signal to noise ratio of 3 was implemented to remove the majority of the background peaks. A paper background signal was taken and subtracted as background from the sample signal.

Upon comparison of samples, the study found that inkjet inks contained fewer elements when compared to the other samples. Li was detected in inkjet samples, and has been reported by other studies as being used for electrical conductivity in the ink for printing. Sodium (Na) was detected in all inkjet samples, with the second most frequent element being K. In the toner samples, in addition to Ca, Na, and K, various other elements were detected: Mn, Fe, titanium (Ti), zirconium (Zr), niobium (Nb), tin (Sn), hafnium (Hf), and Sr.

Pairwise comparisons were conducted to compare the toner samples to one another, as well as the inkjet samples to each other, and so on. All replicate spectra of a sample were overlaid onto a comparison spectra pair, and a match decision was made. The match decision was dependent on the degree of overlap between replicates and within replicates. When overlap was greater between different samples than it was within the same sample replicates, the samples were discriminated. Samples with the same overlap between different samples as between replicates were considered associated. Table 3 within the study lists pairs that were indistinguishable based on LA-ICP-MS data alone, as well as the additional elements that were detected by LIBS.

Calibration curves were prepared from the analysis of the standard solution samples. Four replicates were measured at each concentration by LIBS-LA-ICP-MS. The calibration curves obtained were linear, with correlation coefficients greater than 0.99 for most elements. Precision was high, with relative standard deviations below 10% for most elements present in the standard solutions. LODs were determined for LIBS and LA-ICP-MS, while operated in tandem mode, for each element. The LODs are given in Table 2 within the study.

Techniques that may enhance discriminatory power are desirable to aid in the analysis of forensic evidence.

A tandem LIBS-LA-ICP-MS technique may enhance the discriminatory power of printing ink analysis.