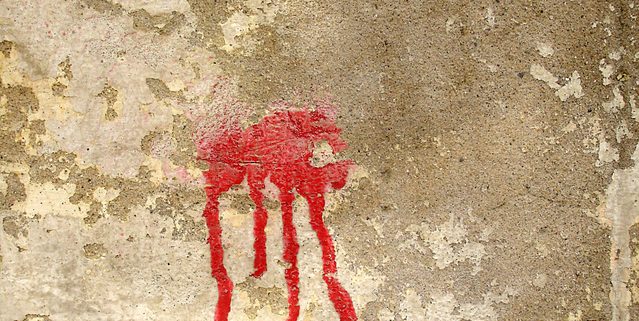 Blood is a common form of forensic evidence. Bloodstains may be diluted by attempts at cleaning or washing, or by exposure to the environment such as rain. Presumptive tests are often employed to detect latent bloodstains, i.e. bloodstains that are not visible to the “naked” eye. Luminol is a common presumptive test for bloodstain detection, and does not affect subsequent DNA analysis. Luminol reacts with blood which results in chemiluminesce, i.e. the emission of light due to a chemical reaction. The light emitted is approximately 425nm, resulting in a blue colored light. Previous studies have attempted to determine the sensitivity of luminol, to determine the level of dilution at which luminol no longer detects a latent bloodstain. However, there is no agreement between these studies, likely due to differences in substrates, sample preparation, reagent concentrations, and result interpretation. The goal of this study was to provide a quantitative measure of the limit of detection of luminol, controlling several factors that may affect the limit of detection.

A 100% cotton twill fabric substrate was used in this study. The fabric was cut into 5 x 5 inch pieces, which were cleaned by sonicating in methanol for one hour. The fabric pieces were then hung to dry overnight. Each fabric piece was then placed in a 3 inch embroidery hoop to hold the fabric. A stain barrier was applied to control the area in which the bloodstain could spread. More dilute bloodstains could be more prone to spreading than less diluted bloodstains; the stain barrier therefore enhances sample reproducibility. Additionally, the stain barrier ensures that the luminol solution, when deposited, only interacts with the entire bloodstain. Polyvinyl chloride (PVC) cement was used to create a stain barrier as described in Section 1.2 within the study.

Mouse blood was used as the blood sample in this study. Blood dilutions were prepared using HPLC grade water to prevent contamination. A 94x dilute solution was prepared and sonicated for one hour to ensure homogeneity and prevent clotting. From this solution, a series of dilutions were prepared: 23,000x, 26,000x, 29,000x, 37,000x, 45,000x, 59,000x, 98,000x, and 186,000x dilute. The blood solutions were sonicated for homogeneity and to reduce clotting. This series of dilutions was then used to prepare samples. Four bloodstains per dilution were prepared by depositing 100μL in the center of the stain barrier; blanks were prepared by depositing 100μL of HPLC grade water. The bloodstains were allowed to dry overnight, and no blood was visible on the samples after drying due to the diluted nature of the samples. The dilution factor of the samples was then converted to weight percent, since the bloodstains were allowed to dry into solid samples. Blood is 20% solid material, so the mass of the liquid deposited onto the sample was multiplied by 0.2 to determine the mass of blood solid deposited. The resulting weight percentages were 10, 8, 7, 6, 5, 4, 2, and 1 x 10-4 for 23,000x, 26,000x, 29,000x, 37,000x, 45,000x, 59,000x, 98,000x, and 186,000x dilute, respectively.

Many past studies used visual observation for luminol response detection; however, this measure is highly subjective. Thus, the authors employed a CCD camera, from which intensity measures of the chemiluminesce can be taken. A reference photo of the sample was taken in lighted conditions. Then, the sample was photographed in a darkroom at a 5 minute exposure time. Photographing of the sample began immediately upon luminol deposition. Additionally, background photographs of complete darkness were taken for later background subtraction. Only blue pixels were considered in the intensity measurement. Pixel intensities were summed and the background was subtracted to provide intensity measurements for each sample.

Intensity measurements were then plotted to create a calibration curve (Figure 6 within the study). The limit of detection was calculated from the average intensity of the blanks plus three times the standard deviation of the blanks. The limit of detection was determined to be 9 x 10-5 weight percent of blood, which was equivalent to approximately 236,000x dilution. This limit of detection differs from previously reported limits, which may be due to several factors. A different volume of sample may have been used in other studies, as well as a more or less sensitive luminol formulation. The luminol in other studies may have been applied sooner or later after creation than the 15 minutes used in this study. Additionally, if blanks were not considered in the other experiments, luminol responses may have been misinterpreted, i.e. a negative luminol response may have been recorded as positive. In this study, it was observed that blank samples produced a low intensity signal, which may make it difficult to differentiate between a blank sample and a highly diluted sample.

Bloodstains may be diluted, and thus it is important to understand the level of dilution to which luminol remains effective.

Bloodstains diluted up to 9 x 10-5 weight percent of blood may still be detected by luminol.

Secondary DNA Transfer: The Rarely Discussed Phenomenon That Can Place the Innocent...
Scroll to top